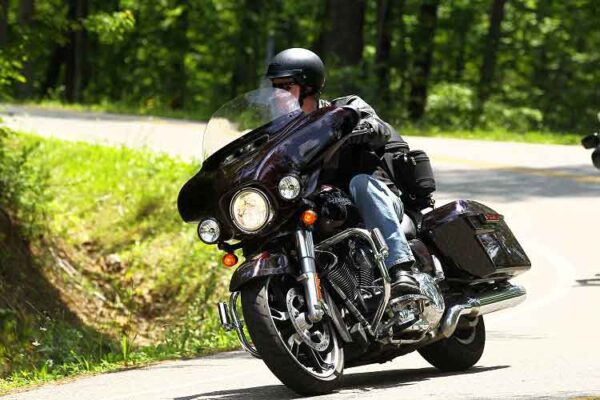 Sometimes accidents happen on the road outside the scope of legal liability–no one, legally, is to blame. In other cases, the party at fault is another driver, and sometimes a third party can be found to be the cause of an accident and its resulting injuries.

The Maine Supreme Court recently examined such an issue in the case of McIlroy v. Gibson’s Apple Orchard, a case which illustrates the importance of having an experienced Lewiston motorcycle accident attorney to help you prove the cause of your case.

At issue in that case was whether the owner of a large sign, placed closely to the road, could be found liable for injuries sustained by a motorcyclist. This case arose in October 2007 when Charlotte Small was traveling down the North Road in Bethel, Maine. Before reaching the intersection of the North Road and Route 2, Small maneuvered her vehicle so that she could see around a sign that was obstructing her view. Watching Small and believing that she was going to enter into the intersection, Jim McIlroy slammed on his brakes and lost control of his motorcycle. Though Small’s car never collided with McIlroy, McIlroy sustained severe and life-altering injuries.

As a result, McIlroy sued Gibson’s Apple Orchard, asserting that Gibson’s was negligent in both the design and the placement of its sign.

Proving negligence in a motorcycle accident case in Maine

Finding that a jury would have to engage in speculation in order to conclude that Gibson’s sign was the proximate cause of McIlroy’s injuries, the Superior Court issued summary judgment in favor of Gibson’s and thus McIlroy was unable to present his case to a jury.

However, with the help of his attorneys at Hardy, Wolf & Downing, McIlroy was able to get this order set aside. On appeal, the Court examined whether there was prima facie evidence that the location of the sign caused McIlroy’s injuries by either requiring Small to actually pull into the intersection to see around the sign in question, or that her movements made McIlroy believe she was going to. Concluding that McIlroy had presented sufficient evidence for a rational jury to find that the sign had proximately caused his injuries under either of these two theories, the Court held that the lower court was wrong in issuing summary judgment in favor of Gibson’s, and thus remanded the case for further proceedings.

By presenting evidence that the sign could have reasonably caused McIlroy’s injuries, his attorneys were able to get an unfavorable decision for their client overturned, giving him the opportunity to tell his story to a jury of his peers.

If you have been injured in a motorcycle accident, contact the Maine accident attorneys at Hardy, Wolf & Downing at 1-800-INJURED for your free, confidential consultation. Depending on the circumstance of your accident, you may be eligible to hold one or more parties liable for your injuries and other losses. Compensation in these cases can be substantial, and can help you and your family cover medical bills, lost wages and more.